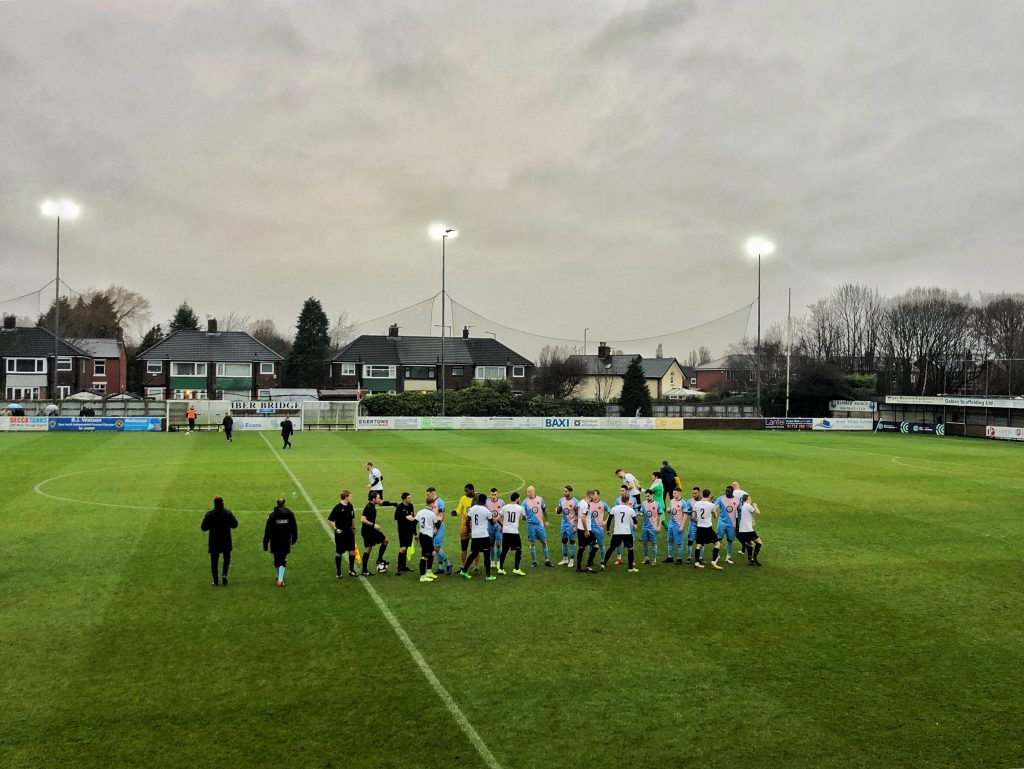 Mickleover Sports suffered a 3-2 defeat away to Bamber Bridge.

Bamber Bridge took the lead early on with thanks to Joseph Booth. Booth stepped up from 30 yards out and perfectly placed his free kick in the top right corner of Muhammad Otuyo’s net. There was little he could do.

Mickleover bounced back just three minutes later. Stuart Beavon forced a misplaced pass at the back, Lee Hughes was there to dribble it up the pitch forcing a one on one and slotting it past the Brig keeper, Lloyd Rigby.

Sports kept up the pressure and captain, Greg Young, made it 2-1 from a corner. He could not have had an easier header; he was unchallenged, unmarked and hammered it home.

On the brink of half-time, the Brig equalised. Alistair Waddecar’s long-range effort snuck under Otuyo.

The second half saw little action in the first 15 minutes. Pablo Mills cleared off the line to keep Sports in the match. But the main talking point was when the Brig took the lead just after the hour mark. From a Booth cross, Waddecar glanced the ball into the bottom right corner. Controversially the goal stood. Sports goalkeeper, Otuyo, had multiple players surrounding him each time the Brig took a corner. Unfortunately, this time his sight was blocked, and the referee gave the goal.

Sports will be disappointed to come away with nothing after leading 2-1. Up next for Sports is another away trip, next week they travel to promotion seeking, Stalybridge Celtic.