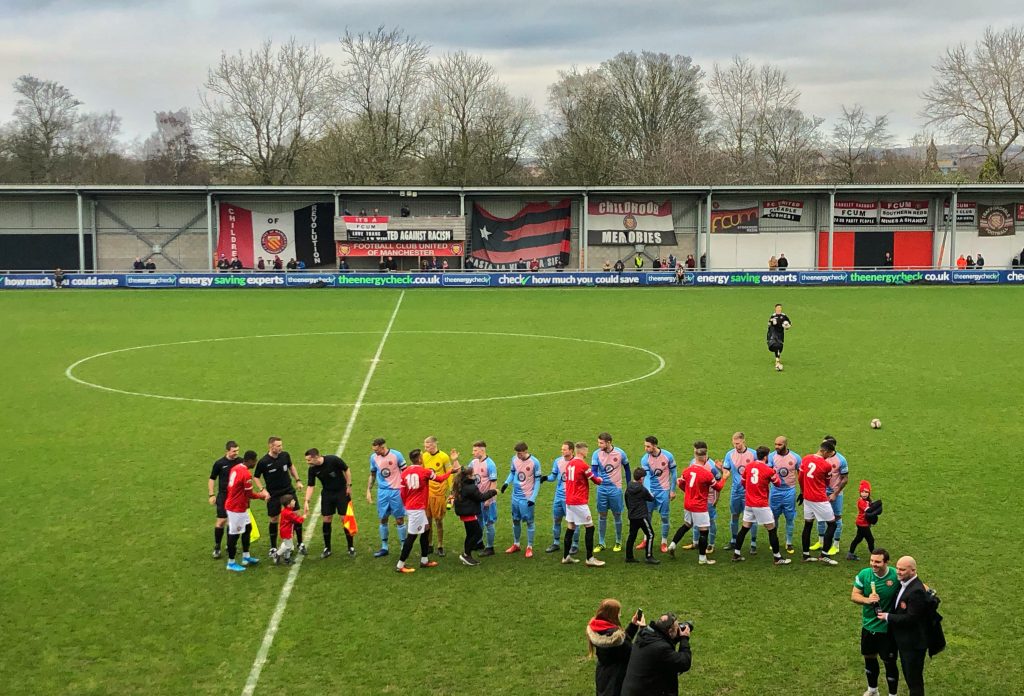 Patrick Webb bagged a brace as Sports squeezed a point from a thrilling 3-3 draw against FC United of Manchester.

Webb gave Sports a surprise lead in the 37th minute after hitting United on the counter from defending a corner. Webb had a long time to think about his finish as he was charging in on goal, but the new signing for Sports slotted past United goalkeeper, Cameron Belford.

Sports were under immense pressure throughout the first half, United hit the woodwork twice but Sports did well to soak it all up and defended resiliently early on. The story of the match was Sports’ inability to hold onto a lead. Just five minutes later, United were all square – on the brink of half-time.

Two huge saves from Nathan Broome early in the second half saw Sports hit United on the counter yet again. This time it was the youngster, Karel Tvaroh, galloping up-field before cutting it back for the in-form Stuart Beavon. Beavon slotted it home and scored his fourth goal in four games for Sports.

But it was déjà vu for Sports as United came from behind again to bring their side level. United’s top goal-scorer in the league, Tunde Owolabi, let rip from outside the box leaving Broome with no chance. His strike flew into the top-right corner.

Webb gave Sports their third lead of the match in the 71st minute when Ryan Nesbitt put a low-driven cross into the box. Webb hit it first time, nutmegging Belford.

Sports were just a little over ten minutes away from being the first side in the league to beat United since November, however, substitute Sinclair-Smith had another idea. Two Sports defenders lost their footing in the box at a crucial time which left Sinclair-Smith with an easy finish to make it three apiece.

Sports dropped to tenth in the Northern Premier Division but do have at least a game in a hand on four teams above them.