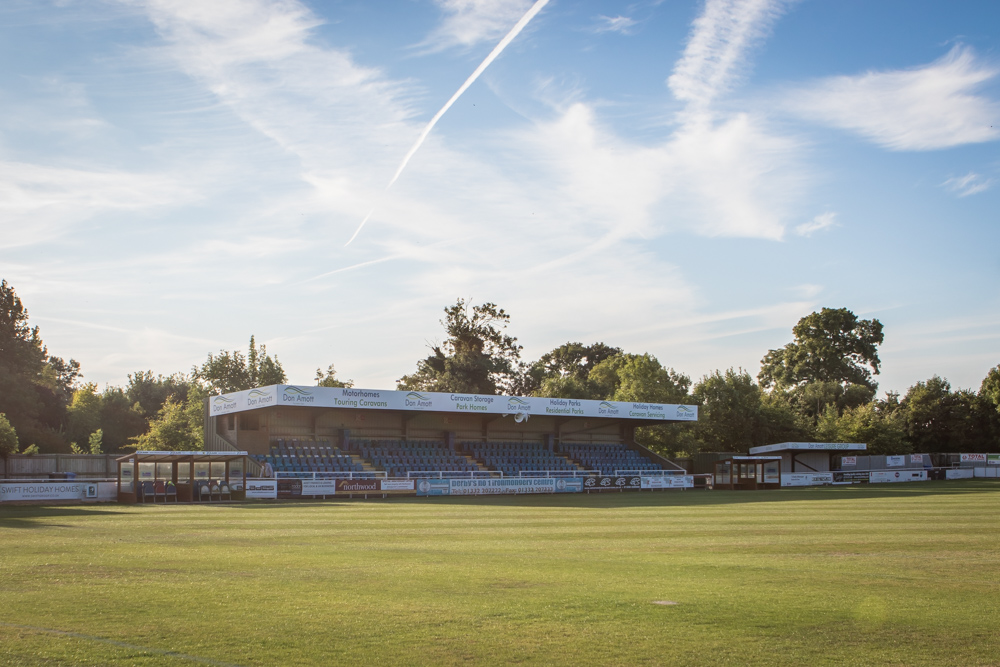 Mickleover Sports put Grantham Town to the sword as they put four past the away side which included a spectacular effort from Andrew Wright.

Sports started the better team after having a number of chances to take the lead. The best came after Jon Worsnop made a fantastic save from a few yards out after Paddy Webb fired the ball towards goal at the far post.

Despite having more chances on goal in the game, Grantham took the lead through Craig Westcarr.

Westcarr opened the scoring for the visitors on the 29th minute after his shot from inside the box found the back of the net. Westcarr picked up the ball and capitalised on Battersby’s mistake after he appeared to lose control of the ball in the box.

The hosts nearly pulled one back before half time when Stuart Beavon hit the underside of the bar from a tight angle.

Soon after though, the home side would get their deserved equaliser.

Karel Tvaroh levelled things up just before half time when his first time strike at the far post following a dangerous cross from Ryan Nesbitt found the back of the net.

Beavon was doing all the right things but it just wasn’t coming off for him so far. Beavon’s flick from a low pass nearly looped over Worsnop and into the back of the net. Luckily for Grantham the score line remained level at the break.

Sports turned up the heat in the second half and only ten minutes in the home side took the lead. Andrew Wright caught the ball on the volley from outside the box and the ball elegantly glided into the top left hand corner.

Sports would then add two goals in quick succession around ten minutes after Wright’s stunner.

The first came from Ryan Nesbitt who chipped the keeper from inside the box after being played in on goal.

Stuart Beavon’s scored the fourth which all but sealed the three points after his deflected shot from inside the box found the back of the net.

Wright continued to run the show as he nearly scored his second of the game after some nice footwork in the box. Unfortunately the finish was just inches wide of the post.

Sports comfortably saw out the rest of the match, secure in the fact that they had a three goal cushion.

The win got the home side back to winning ways as well as moving them up to 8th place. It also meant that they had won four out of their last five games in the league.