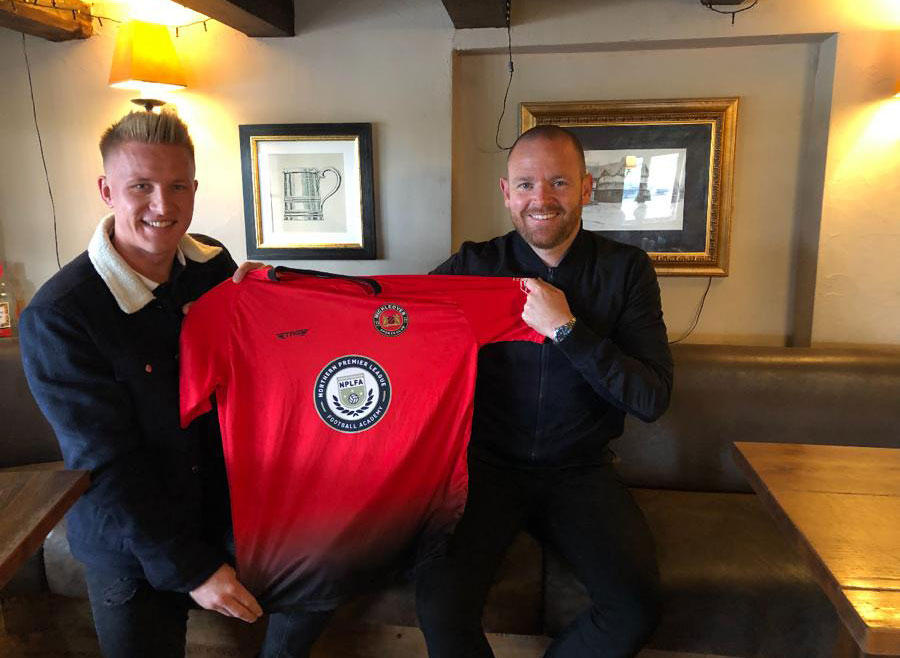 Mickleover Sports have successfully retained the services of Club Captain Jake Scott. His is a really important player to the club and we fought off some impressive competition to sign him.

I am delighted to announce Jake Scott has agreed to stay with the club for the upcoming 2019/20 season and will also continue his role as club captain.

We have fought off a host of rival clubs and to be able to keep hold of my captain and my leader is a massive plus for me as manager and also everyone here at Mickleover Sports.

Scotty’s all action displays and work rate sets the standards for the rest of the squad and makes him a firm fans favourite.

He is a natural leader and relishes his role of captain, not only on the pitch but his efforts off the pitch do not go unnoticed either. Another superb signing.

I’m absolutely delighted to have re-signed for 2019/2020 season and to be offered the club captaincy.

I have been very fortunate to have had a lot of interest over the summer from other clubs, however, when I sat down with the gaffer and also speaking to the chairman listening to their plans moving forward and how much I am valued at the club it was a no brainer to stay exactly where I am.

We can all agree that we massively under achieved last season, but that final day win to stay up away at Bamber Bridge will be one of those games I will never forget. It was clear to see how much it meant to all the players, staff and more importantly everyone behind the scenes at the football club.

I think this season is going to be huge for the football club, the gaffer is working hard with full backing of the chairman and board to not only get the right players in for us to be challenging at the top of the table but also all the off field aspects to make the club as professional as possible.

The big thing for me and from the players side of things is to give 100% every single time we step onto the pitch and believe we are capable of being right up there come the end of the season as I feel last season we didn’t believe we were capable enough hence where we ended up in the league.

This will be my 4th season at the club and I just want to say thank you to the chairman, board, fans and most importantly the gaffer for making it so enjoyable to be playing football and more importantly how I have developed is purely down to the gaffer’s guidance since I signed back in 2016.

I look forward to seeing all the familiar faces around the club along with meeting any new ones that are joining us for what will hopefully be Mickleover’s best season so far.