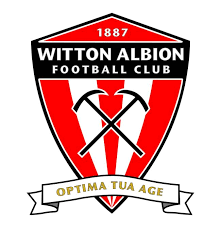 Mickleover Sports will be playing Cheshire based side Witton Albion tonight in the Northern Premier League. Sports will be looking to build upon their opening day victory against Stalybridge Celtic, where as Witton Albion will be hoping to get a win under their belts following their 1-1 draw away at Whitby Town on Saturday.

An impressive performance on Saturday by the team, especially defensively, will have boosted the confidence of the team. The fact that the team held on to their one goal lead for roughly 90 minutes speaks volumes of how well the team defended on Saturday, and surely they will be looking for their second win and clean sheet to set them up nicely for their FA Cup tie this Friday.

Tonight’s opponents are no pushovers though, something that McGrath and co will know. The Cheshire based side finished in ninth place last year, just nine points shy of making it into the play-offs. They have also won the Cheshire Senior Cup 11 times since 1902. Interestingly enough, they last won the cup in 2006 against last Saturday’s opponents Stalybridge Celtic.

McGrath will be expected to keep the same starting XI that defeated Stalybridge Celtic at the weekend with a few debutants having impressed at the weekend. Chib Chilaka had an impressive performance up front despite not scoring and Greg Young seems to have already formed a formidable partnership in defence with Pablo Mills. In addition to Young and Chilaka, Richard Batchelor bossed the midfield in his competitive debut with Jack Storer putting in a very impressive performance on his return to the Don Amott Arena.

All the debutants were impressive but it was the team performance that was truly impressive and the team will be hoping to impress again tonight against what should be a tougher opposition. That being said, if they play anything like they did on the opening day then they have a very good chance of beating anybody in this league.