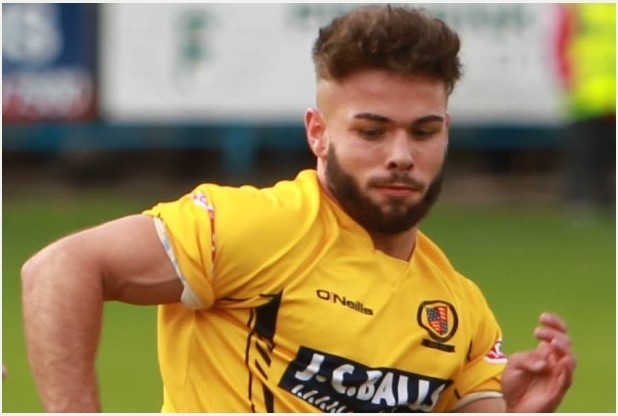 Mickleover Sports have secured the signing of Evan Garnett, a highly-rated striker from Belper Town.

Garnett began his career with Burton Albion, spending two and a half years on their books before joining Worksop Town.

He has also played for Ilkeston and Hucknall before linking up for a spell with Belper Town, for whom he scored 19 goals in the first half of the 2015/16 season.

Conference side Kidderminster Harriers came calling and signed him in January 2016 but opportunities were few and far between for Evan, both there and at Alfreton Town who he later joined and in November 2016 he returned to Belper for the rest of that season scoring 5 goals.

Manager John McGrath, who tried to sign Garnett last season has had to wait until now to finally get his signature.

There will be another big signing announcement coming very soon…